Trending Now
How can Tan Removal Creams up your Skincare...
6 Reasons Why You Should Donate To A...
What are the benefits of getting a skip...
Trending Shoes in 2021
Uses of coffee machines in different sectors and...
How Much Money Do You Need to Buy...
How to avoid bounce rates in email marketing...
3 SEO Tips and Tricks for Your Small...
4 Best Ways to Recruit Stellar Employees
5 Top Qualities of the Most Recognized Brand...
Home Education Why Solar Power is Taking Over the Renewable Energy Scene

Why Solar Power is Taking Over the Renewable Energy Scene

The use of renewable energy reached 12% of total US energy demand in 2020. That was the fifth consecutive year of growth and a record high, according to the US Energy Information Administration (EIA). 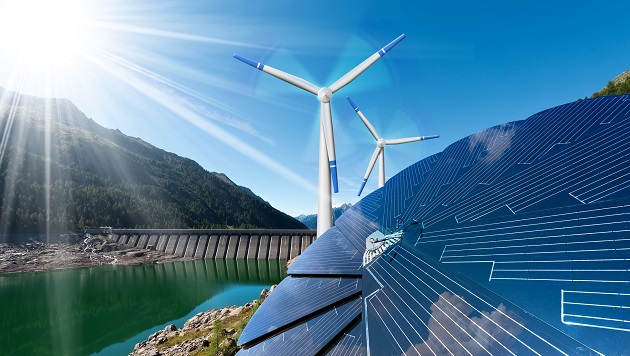 Solar power is leading a surge in renewable energy in the US and around the world.

Power generated from renewable resources was the only form of energy consumption that increased in 2020. Solar consumption increased by 22% from 2019.

The International Energy Agency expects solar to become the “new king of electricity” in the next 10 years.

Why is solar energy taking over? Let’s look at some of the reasons.

The Cost of Solar Panels Is Falling

According to Captain Green Solar Panels Perth the cost of this renewable energy has fallen dramatically in the past decade.

While the cost of onshore wind energy has declined by an impressive 70%, the cost of solar energy has dropped by 89%. That makes it cheaper to install solar panels or wind turbines than build new power plants fueled by coal or gas in most parts of the world.

As well as being cheaper to install than wind turbines, solar panels can last for 25-30 years, compared to 20 years for turbines.

Read More  What is Java?List the features of Java Programming language.

As solar technology develops, the efficiency of solar panels is increasing. That means it takes fewer of the newest generation of solar panels to produce the same amount of energy as older panels.

The environmental cost of producing panels is falling alongside the financial cost as they require less raw materials.

Most solar panels are made with silicon, but solar companies are developing newer technologies using other materials that are cheaper or more efficient.

Most of the components in solar panels are recyclable. That further reduces their carbon footprint compared with fossil fuels. Recycling processes are improving all the time, becoming more accessible and recovering more of the materials for reuse.

Solar Panels Are Easy to Use

Most rooftops or flat areas of land can host solar panels, so with the cost of solar equipment falling, more people are making the switch. A solar power company like Blue Raven Solar can install a system on your property and help you connect it to the power grid.

Once installed, solar panels need little maintenance beyond cleaning once or twice a year. Wind turbine systems need more costly maintenance checks and parts such as inverters and off-grid batteries need to be replaced after several years.

Solar Panels Are Suitable for Most Areas

Wind turbines are best suited to coastal or isolated areas with high wind speeds and few obstructions. But solar panels can be installed virtually anywhere.

While locations with many hours of sunshine produce the most energy, solar panels produce electricity from daylight — even in areas where there are many cloudy days.

Consider Solar Power for Your Home

There are many reasons why solar power is taking the lead in new energy installations. Consider whether solar energy is right for your home. It could save you money on your energy bills as well as reduce your carbon footprint.

For more home and lifestyle articles, check out the rest of our website.

Where to get the best industry reports?

What is Forex Trading and How it Works?

Emojis – a Return to Hieroglyphics or an...

What Are Lean Agile Principles and How Can...

How Beneficial is Beginning a Machine Learning Career...